Background and Objectives for Establishment

The global warming issue differs from regional environmental problems such as NOx and SOx in that it will be crucial to reduce CO2 emissions throughout the world, meaning the issue cannot be resolved solely on the basis of those regulatory measures already in place.

How to improve the energy access, meanwhile, poses another major challenge, with approximately one billion people around the world still unable to achieve the benefits of electricity.

Given this situation, carbon recycling policies that see CO2 as a resource to be used and promote innovation in this field are coming to play an important role in Japan’s energy policies. Rather than seeing CO2 in a negative light as has been the case in recent years, it is also recognized that, in order to achieve the goal of carbon neutrality by 2050, further efforts will be needed that make active use of CO2 as a source of carbon.

Accordingly, the Carbon Recycling Fund Institute was established on August 30, 2019 under a private sector initiative with the aim of both addressing the global warming issue and improving the energy access throughout the world. The new institute will foster innovation in carbon recycling by public relations and sponsoring the research and development in the field.

The year 2019 not only marks Japan’s transition from the Heisei to the Reiwa Era; it is also year one for carbon recycling.

Carbon recycling is all about seeking to provide better access to energy and minimize global warming through the utilization of CO2 as an important resource, putting it to good use in processes such as artificial photosynthesis or methanation.

Along with progress by the government on measures for carbon recycling, including the Ministry of Economy, Trade and Industry establishing a carbon recycling promotion office in February 2019, the private sector is also looking closely at how it can subport this work. 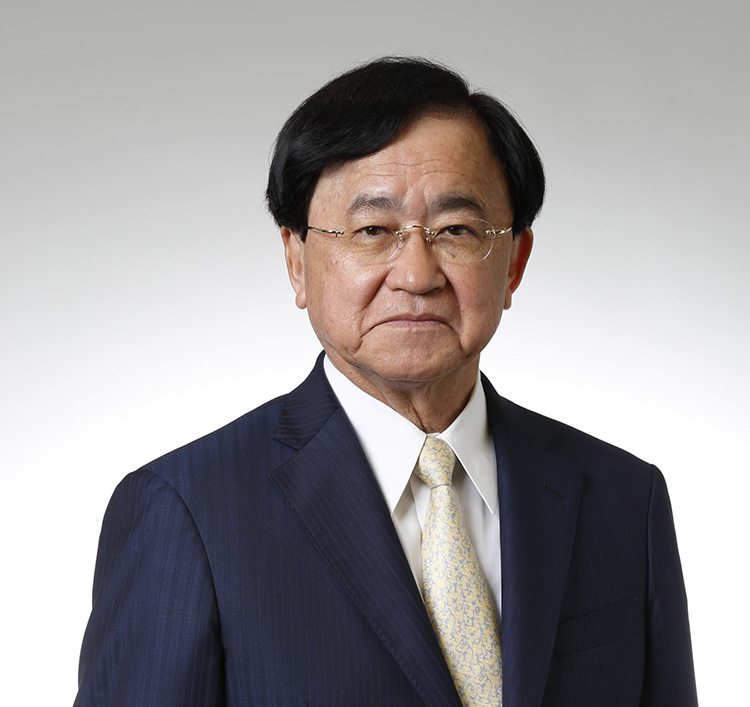 Accordingly, it was decided to launch a private-sector fund for public relations and for sponsoring research and development in the carbon recycling field, with the Carbon Recycling Fund Institute being established on August 30, 2019 to take responsibility for its administration.

While it is true that CO2 has come to be seen in a negative light in recent years, the goal of carbon neutrality by 2050 will be difficult to achieve unless proactive steps are taken to instead treat CO2 as a useful source of carbon.

After all, life itself is sustained through a biogeochemical cycle in which plants use CO2, water, and sunlight to manufacture carbohydrates, which animals then consume and metabolize with oxygen to form CO2 again, something that can be likened to plants and animals putting CO2 through an endless cycle of birth, death, and rebirth.

In the human body, for example, carbon (C) is the second most abundant element after the oxygen (O) in water (H2O).

Along with the opportunities for using CO2 for the benefit of society by making greater use of it in the chemical and biological industries, I believe that there is also scope for CCUS to become a valuable tool for dealing with global warming.

At the institute, our aim is to work toward greater innovation in carbon recycling while strengthening international collaboration and coordination with national projects, also contributing to new job creation and other forms of regional revitalization in partnership with local government.

A number of obstacles are blocking the practical viability of carbon recycling, including issues of cost and a lack of fundamental research. The institute intends to offer grants to researchers who are taking on these challenges or who have achieved success in this field.

Along with publishing its own website and a variety of other material to provide the latest information on carbon recycling in Japan and elsewhere, the institute will also promote the field through activities such as events hosted in collaboration with media organizations.

●Studies in Japan and overseas

The institute will undertake its own studies to remain conversant with technical and other developments in the field of carbon recycling both in Japan and overseas, as needed for the operation of the grants program.

The institute will offer its recommendations with regard to national policies on energy, the environment, and technology development, and also on the international rule making to facilitate CCUS(CO2 Capture, Utilization and Storage), including carbon recycling. 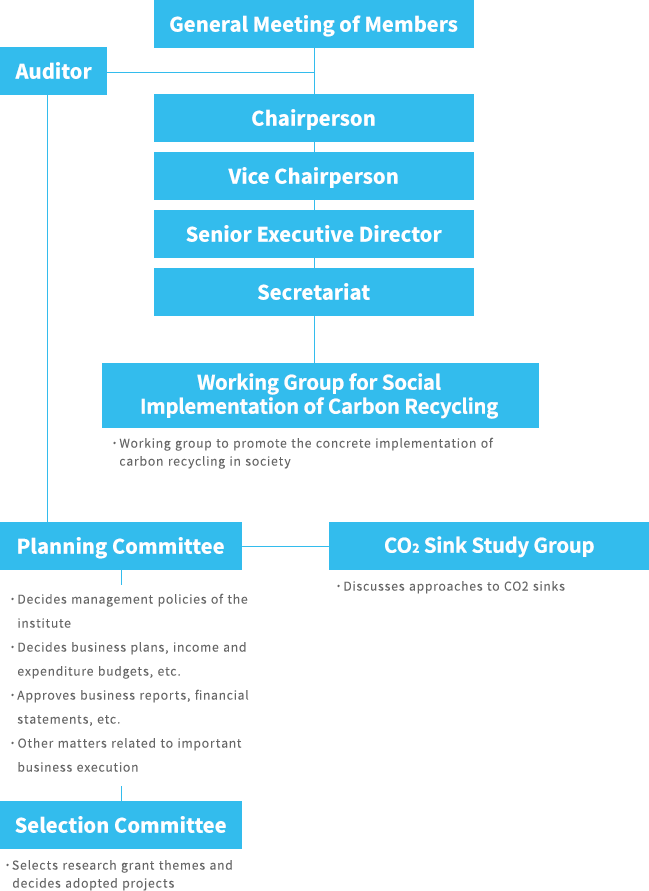